How the New Greenhouse Gas Reporting Rule Will Affect You 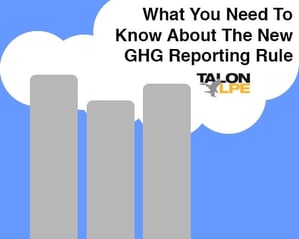 Greenhouse gases are the by-products of various human activities, including emissions from vehicles, airborne emissions from manufacturing plants as well as any emission that results from the drilling or mining of natural resources. The EPA has recently updated the rules regarding how greenhouse gas is reported. This includes emissions, controls, regulations and methods used to prevent or reduce the production of greenhouse gas.

Existing power plants and other energy producers, such as drilling and mining companies, are targeted because they are the biggest producers of carbon dioxide emissions in the country. These emissions account for approximately 38 percent, while transportation comes in second with close to 32 percent of the total. The EPA hopes that they will be able to reduce the numbers substantially over the next several years.

It has taken almost six years for the new standards to be written, negotiated and approved. Once the new rules are put in place, companies will have one year to implement them and begin to report their findings. The goal of the new standard and ruling is to increase each plant's efficiency.

Changes in greenhouse gas regulations have been in the making for several years. Oil and gas companies have made substantial strides in their drilling and mining practices to accommodate the changes, but both sides concede that there is much more to be done.

Many companies support the new regulations, while the coal industry and states that are supported by them are opposed to the changes. The EPA offers that once the regulations are in place and effective, energy efficiency would be increased and money would actually be saved.

Talon/LPE has dedicated staff that is willing to provide assistance on complying with these new regulations. Let Talon/LPE keep your company in compliance and contact us today.