Talon/LPE's Artesia, New Mexico office is home to ten employees and one of those employees is District Manager, David Adkins. His leadership, work ethic and character is impeccable. That's why we've decided to feature him in this month's spotlight. Say hello to David Adkins! 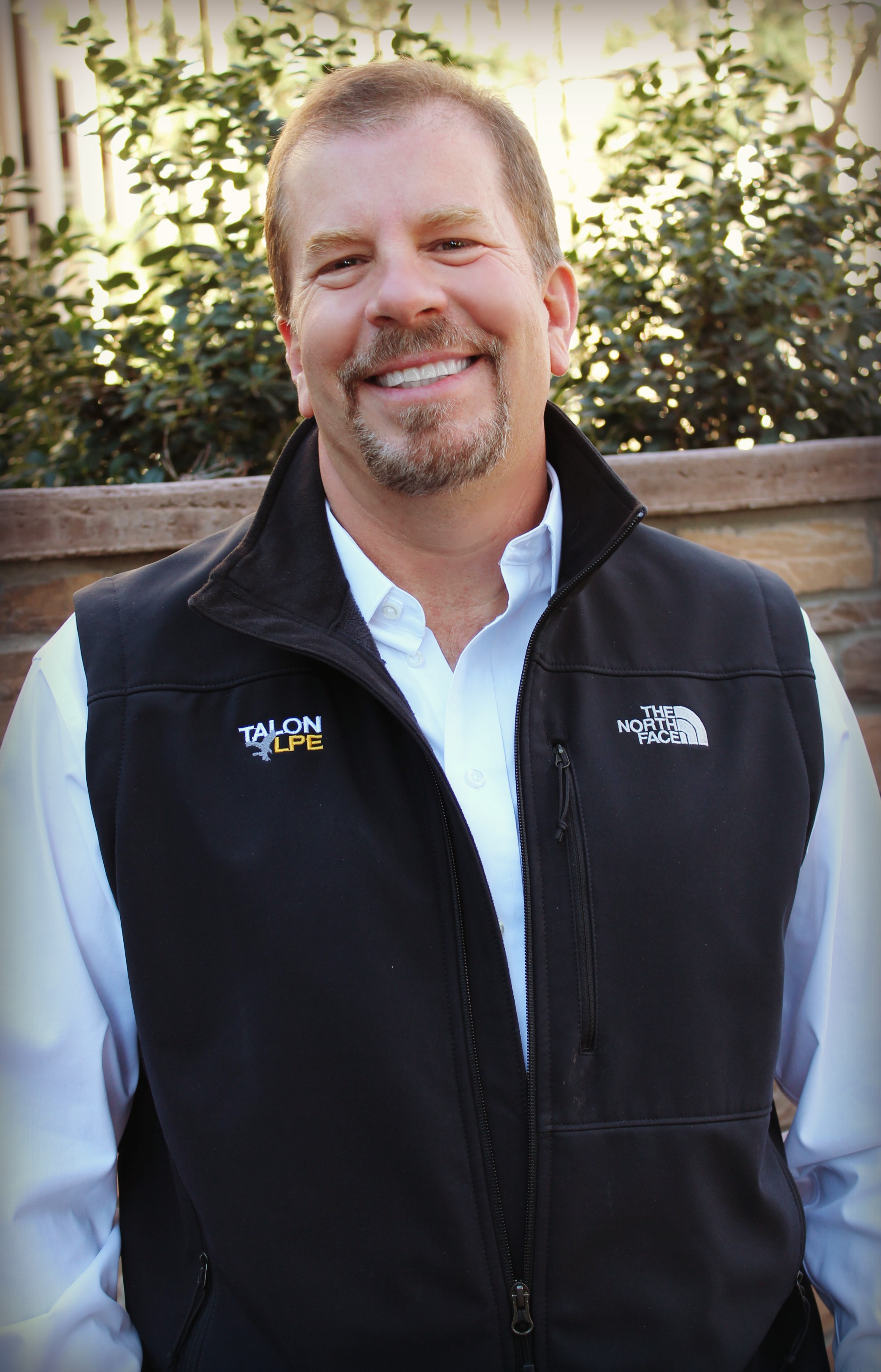 What brought you to Talon/LPE?

I came to Talon/LPE almost by accident; perhaps it was fate or destiny. I can't say specifically what it was that made Talon/LPE attractive to me at the time, but I was struck by the genuine commitment they had about the quality of work they wanted produced and the value they placed on their employees. I liked the fact that it was a family-oriented company and I left my interview feeling like it would be a great place to work. I wanted to be a part of it.

Out of our 10 principles, which one do you value most? Why?

Integrity...not just to do what's right, but to do it right the first time. Integrity is closely aligned with professionalism and accountability in our daily work at Talon/LPE.

What do you like most about the Artesia Team?

I probably most like the sense of commitment to our work and to each other here. We are not a large office and we all are generally involved in most of our projects at some level. We help each other to be successful with our projects and to make our clients happy. We also aren't afraid to laugh or joke with each other. Collectively I think we all appreciate and support each other, in turn, making our office a good place to work. This may be why we have such a high retention rate here.

What skillset do you feel strongest in at Talon/LPE and why?

Experience. I've been either employed or self-employed in the environmental industry since the late 1980's, working in many states and in several countries. My hope is that experience translates into producing a high quality of work, problem solving and being a good mentor. I also feel very strong in my leadership. I try to lead by example and use positive reinforcement in my management style, as opposed to quick or undue criticism. I tend to give someone a chance to learn and grow professionally from a mistake, hopefully making it less likely to be repeated.

What has been your proudest moment while working at Talon/LPE?

I remember being extremely proud of my staff during an emergency spill response on Memorial Day weekend two years ago. A high-level sensor failed at a tank battery causing several thousand barrels of crude oil and produced water to release approximately 1/2 mile down a draw and enter the Pecos River. It was a high visibility project for us with television crews in helicopters flying over head and intensive coordination with not only with our client but the EPA, Bureau of Land Management, Oil Conservation Division, New Mexico Game and Fish Department and the State Police. Two miles of the Pecos River were impacted but we were able to keep the oil from entering the Lake Brantley Conservation Area. After the cleanup of the river, a controlled burn was carried out by a BLM hot shot crew incinerating the oil-covered vegetation. We then were able to move our equipment in to excavate the contaminated soil, backfill and seed the area.

What do you like to do in your free time?

I would have to say I spend the majority of my vacation time on getting away to the mountains and hunting. That is a shared interest for several of us in our office actually. It's nice to get away and 'recharge your battery' where cell phones and emails can't reach you. I also enjoy golfing with friends and clients.