Spanning much of the Texas Panhandle and north-central Texas, the Seymour Aquifer is a major source of water for 25 of Texas's counties. The aquifer's water is primarily used for irrigation and other agricultural purposes, though drilling also occurs to supply cities, mines, industries and power plants. The aquifer overlaps with the upper Red River and Brazos River basins. It is coterminous with the Seymour Formation, a major geological site famous for its many fossils. 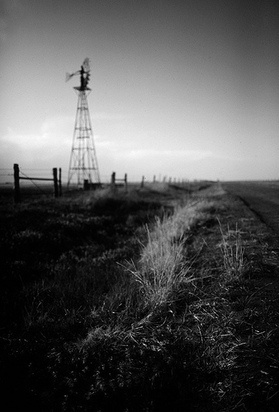 million years ago. The main rocks in these beds are sand, clay, gravel, silt and conglomerates. Overlying these beds are much younger layers of alluvial sediments, which form isolated patches; the aquifer's water occurs primarily in these patches. The water-saturated thickness of the aquifer averages 100 feet, though it can run as high as 360 feet in certain areas. The largest portions of the aquifer are in Knox and Haskell Counties, where drilling operations are highly developed.

Due to the many types of rock that compose this aquifer, water quality varies wildly by location. Total dissolved solids concentrations usually range from 300 to 3,000 milligrams per liter, though they run as high as 10,000 milligrams per liter in some places. High levels of nitrate and chloride pervade the aquifer, making its water unsuitable for human consumption without prior treatment. The aquifer's water quality continues to worsen each year due to a variety of factors, including excessive drilling, oil and gas exploration, natural salt pollution and contamination from animal waste, brine, pesticides and fertilizers.

The Seymour Aquifer receives most of its water from precipitation, which ranges from 19 to 26 inches per year. It also receives a small amount of recharge water from runoff, usually between 0.2 inches and 1 inch annually. As a result of its high altitude, the aquifer is not hydraulically connected to the nearby Brazos River.

Individual wells in the aquifer have reported yields as high as 1,300 gallons per minute, though the average yield is only 270. In 1985, the aquifer provided 121 million gallons of freshwater per day.

In recent years, the Texas Water Development Board has become concerned with declining water levels in the aquifer. Levels have dropped by as much as 30 feet in some areas, even where there have been no droughts. This, combined with the ongoing decline of water quality, could lead to serious water shortages in Texas over the next few years.