The Hickory Aquifer is a source of water for irrigation and a growing number of municipalities located throughout Central Texas. While the Aquifer has some noted problems, this is not stopping municipal well development.

What Is The Hickory Aquifer? 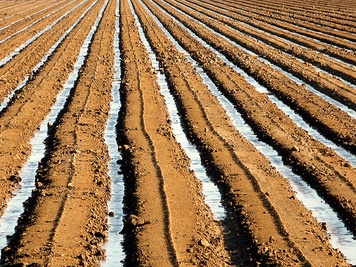 The Hickory is a minor aquifer that lies under 19 counties of Central Texas. Llano, Texas, lies at its heart. This part of the Texas Hill Country is home to the noted Llano Uplift, a circular geological granite dome dating back to the Precambrian age (from 550 million to 4 billion years ago). The Hickory Aquifer is an intricate part of the Uplift.

The Llano Uplift is among the oldest rock found in Texas. The Uplift itself is surrounded by younger layers of sandstone and other forms of rock. Hickory Sandstone sits on top of the Precambrian rock that is part of the Uplift. It can be seen as outcrops at various points around the dome before sloping away and following the dome's slope deep into the Earth. That sandstone is the core that makes up the Aquifer.

The Aquifer is about 480 feet down at its deepest level. The average level for freshwater is about 350 feet. The water pumped from the Hickory is usually fresh with concentrations of dissolved solids at below 1000 milligrams per liter. The upper levels of the Aquifer contains high levels of iron. The main concern, however, with the Aquifer, is the high level of naturally occurring radiation found in the water.

What About Radiation In Hickory Aquifer?

The water in the Aquifer contains high levels of concentrated radionuclides. Most people know this better as radon. It is a natural by-product of radium decay. This natural gas contains natural radiation, which can be harmful to humans with prolonged exposure.

Radon most often seeps out of the earth and disperses in the air. However, on occasion, it will seep into a water source, like a lake, river, or subsurface aquifer. When that happens, those that drink the water ingest high levels of radon gas.

San Angelo And The Hickory Aquifer

In recent years, the city of San Angelo tapped into the Hickory to supplement the city's water supplies. One of the challenges to using this water was the high levels of radon. Before the water from the Aquifer is brought into the San Angelo water supply system, it goes through a special treatment process to remove the radon.

Drilling into the Hickory is not difficult. An air rotary rig is ideal since it removes the debris and does not use another liquid for the drilling process. If you have any drilling needs in Texas, give us a call at Talon/LPE Drilling Services.