Asbestos comes from six silicate minerals, in five colors, has been mined for over 4,000 years, displays on the hardness scale from 2.5-3 and is deadly.

Asbestos is known for its desirable physical powers of tensile strength; sound absorption; resistance to fire, heat, electrical and chemical damage; and affordability. It is also known that prolonged inhalation of asbestos fibers can cause fatal asbestos-related lung diseases such as malignant lung cancer, mesothelioma, and asbestosis.

This powerful combination of physical attributes and a severe public health and safety risk makes asbestos a significant cause for government intervention. Asbestos was one of the first hazardous air pollutants regulated under Section 112 of the Clean Air Act of 1970. However, the U.S. is one of the few developed countries that does not ban asbestos completely.

EPA has stepped in to protect the public with such acts as The Clean Air Act and the Safe Drinking Water Act. Other commercial protection acts include the Asbestos Worker Protection Rule and the Asbestos Emission Standard Emission Standard for Hazardous Air Pollutants Regulations. Often individual states administer asbestos programs as well. 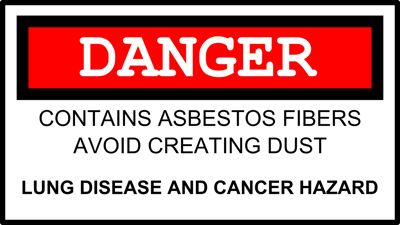 There have been some misconceptions about an EPA ban on asbestos-containing materials (ACM). A ban on asbestos use and products took effect in 1989, but in 1991 the U.S. Fifth Circuit Court of Appeals set aside much of the “Asbestos Ban and Phaseout” rule. The court sent it back to EPA.

The 1989 ACM ban consisted of a ban on U.S. manufacturing, importation, processing and distribution in commerce of many ACM. Six asbestos-containing product categories are still subject to that ban. Meanwhile, there are no existing bans on the other products, uses or imports of ACM from other countries.

Why is asbestos a public health and safety hazard?

Asbestos is made of microscopic bundles of fibers that become airborne when disrupted. When inhaled they may cause serious fatal diseases of the lungs. While research has not determined a “safe level” of exposure, researchers know that the higher the concentration of fibers and the longer the exposure, the greater the risk of contracting a fatal asbestos-related lung disease. The effects can go unnoticed for from 15 to 50 years.

Materials containing asbestos that are in good condition should not pose a hazard to building occupants as long as they are maintained in good condition. In this case, they only require being left alone and checked periodically. When asbestos-containing materials (ACM) are disturbed or becomes damaged, they become hazards since the fibers separate and can become airborne.

In the asbestos industry, the term “friable” means that an ACM can be reduced to powder by hand pressure and “non-friable means it’s too hard to be reduced. Friable ACM are the ones that cause concern.

Some ways that a non-friable material can become friable include mechanical grinding, sanding, and dry-buffing.

Where can asbestos be found?

Asbestos is currently used in building materials because of its tensile strength, heat resistance, chemical resistance, insulation and its ability to increase the durability to a material.

All these materials are not just a found in buildings but also in the businesses that manufacture the materials. They can also become outside air pollutants through manufacturing and removal from buildings.

Asbestos may be found in some of these more common products:

Because of the severity of the threat to public health and safety posed by asbestos, manufacturers need to keep abreast of any new developments in safety legislation. They also need to be sure that they comply with the permits of the various government bodies. One way to stay safe is to stay current either by taking the time themselves or hiring an asbestos consulting firm like Talon/LPE.