The Bone Spring-Victorio Peak Aquifer is located along the Texas-New Mexico border in the Texas county of Hudspeth. This Aquifer is the main source of water for 40,000 acres of irrigable land in the Dell Valley. Without the irrigation waters from the Aquifer, the land cannot sustain most crops or animals, which makes it critical for the local agriculture-based economy.

The Dell Valley is a broad plain that sits between the Salt Basin to the east and the Diablo Plateau to the West and South. The Valley itself extends beyond the state border into New Mexico, where the land is called the Crow Flats. The area is naturally arid with less than 11 inches of rain on average annually.

The Structure Of The Aquifer 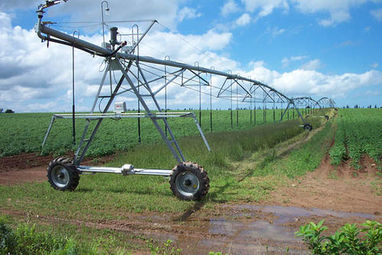 The main structures beneath the Bone Spring-Victorio Peak Aquifer are dolomites and limestones deposited there almost 300 million years ago. These structures are topped by sediments that range from silt size up to boulder size. A north-south fault line marks the eastern edge of the Aquifer along the Salt Basin. Another fault, running northwest-southeast delineates the southern edge of the valley as well as the Aquifer boundary.

The main use for water in the Aquifer are primarily agricultural. In 2000, over 200,000 acre-feet of water was being pumped from the Aquifer to irrigate crops and feed livestock on over 50,000 of land. Those amounts keep increasing as economic pressures to expand operations continues in the area. The current level of pumping is unsustainable in the long run.

If you need an environmental drilling company, give us a call here at Talon/LPE Drilling Services.