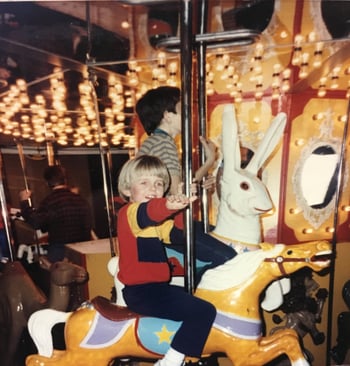 Talon/LPE is a family owned and operated company. Similar to that, Advo Companies is a family that takes care of our family.
Tate Prescott is a son, cousin, nephew and friend to everyone at Talon/LPE. He was born fully functioning and healthy. However at age 2, he began having hundreds of seizures a day leading to mental impairments that would impact his life forever.
Doctors predicted that he would not be able to walk, read, play sports or write his name. However, Tate had other plans.
Today, at age 38, Tate can do all of the above, and we may be biased, but he kicks serious butt in the special olympics. Tate loves any and all sports, spending time with his family and giving hugs. 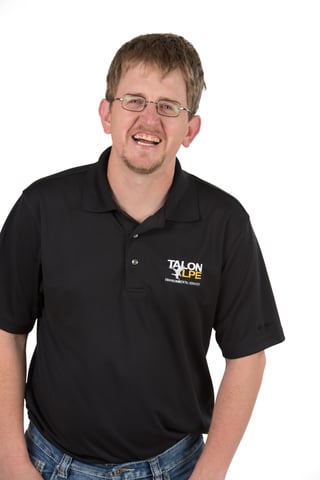 One of Tate’s biggest feats, however, came after graduation. Since he and his sister were in the same grade at school, they graduated together.
His sister moved out and went away for college, and Tate wanted to do the same, but it wasn’t that easy for Tate. That’s where Advo came in.
Advo Companies showed Tate what independence and responsibility was all about. They taught him to do his own laundry (which he still loathes) and how to keep a job (which he loves).
He and his roommates, who are also Advo consumers, live together in a house. There, they cook dinner, do chores, watch television and talk sports. So, even though Tate didn’t get to travel far for college, he still gets to experience independent living every day.
His Advo friends have quickly transformed into a family and have provided Tate with the love and support that can otherwise be hard to find.
Advo Companies is everything a family should be, and that’s why Talon/LPE could not be more proud to support them. Because a family to our family is a family worth supporting.

Help us help Advo grow. Their expansion project is underway and they need our help to make it possible! Donate today!