A BRIEF HISTORY (AND FUTURE GLIMPSE) OF THE CARRIZO-WILCOX AQUIFER

The Carrizo-Wilcox Acquire is huge. This underground water supply runs from the southern edge of the Texas all the way northeast into parts of Louisiana and Arkansas. It supplies the water, all or in part, for 66 counties.

The water that is pumped out of this aquifer is mostly fresh to slightly saline and is used mostly for irrigation in South Texas and for public consumption in the Central and Northern parts of the state. Forty-seven percent of the water extracted from Carrizo-Wilcox is used for municipal supply while the remaining 43 percent is used for irrigation.

Controversy Over The Aquifer 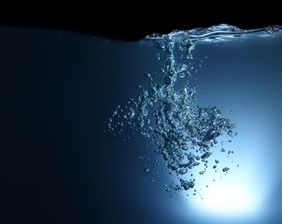 As drought conditions spread across the Southwest, many are claiming that excessive pumping of the Carrizo-Wilcox has lowered the water level significantly in the Winter Garden District, which includes Atascosa, Dimmit, Frio, LaSalle, and Zavala counties.

For decades people have been gazing at the seemingly limitless amounts of water that the Carrizo-Wilcox has to offer, and the Simsboro formation in particular. Pumping water to the western part of the state is a dream that many government official and private parties have had for a long time. And up until now it has been just that, only a dream.

In October of 2013, Hays County entered into an agreement with Forestar Real Estate Group, Inc., leasing the company up to 45,000 acer-feet of water per year. According to estimates, that is enough water for over 237,000 people. Unfortunately, the Lost Pines Conservation District has stepped in and voted to award Forestar permits for only 12,000 acer-feet per year. This, of course, has sent everyone to court as Forestar has sued Lost Pines.

It remains to be seen what the outcome will be, but one thing is for sure, water is quickly becoming one of the most valuable natural resources on the planet. State and municipal governments will have to do a better job of water management going forward. The private sector will also have to become more efficient at pumping water and at the same time become more environmentally friendly.

Companies such as Talon/LPE Drilling Services are at the forefront of environmental drilling and provide their customers with the latest in solutions for environmental and construction concerns. Contact them today with questions about your latest drilling project.