A BACKGROUND OF THE WEST TEXAS BOLSONS AQUIFER

The West Texas Bolsons Aquifer is a minor aquifer found on the western fringe of Texas. The aquifer is made up of a variety of eroded materials, including coarse igneous rock, clay, alluvial limestone, and silt. Most of the water is found in underground basins, or bolsons, which are roughly six hundred feet thick on average. The aquifer is often divided into three smaller aquifers: the Red Light Draw aquifer, the Eagle Flat aquifer, and the Green River Valley aquifer.

Because the water is stored in underground bolsons, its quality varies by location. Much of the water is fresh and suitable for drinking, but water from certain areas is moderately saline, containing between 1,000 and 4,000 milligrams of dissolved solids per liter. As drinking water cannot exceed 1,000 parts per million of dissolved solids, this water must be treated before it can be consumed.

Who Uses The Aquifer? 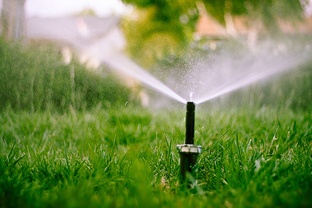 The West Texas Bolsons Aquifer is one of the principal water sources for Hudspeth, Culberson, Jeff Davis, and Presidio counties. Since most of the surrounding area is range land, the aquifer is primarily used to provide water for livestock, but it is also a major source of municipal and residential water for the cities of Sierra Blanca, Valentine, Presidio, and Van Horn, as well as a source of irrigation for local farms. Well output for the aquifer is low, ranging from less than ten gallons per minute to over a hundred, depending on which bolson is being drilled.

The West Texas Bolsons Aquifer suffers from chronic water shortages. Water levels have declined significantly since the 1950s, particularly in the areas around Lobo Flats, Van Horn, and the Wild Horse Basin. This is partly a result of the local climate; much of western Texas is desert or grassland, with low levels of rainfall and high rates of evaporation. This has made it difficult for the aquifer to absorb the sharp increase in local communities' water use since the late 1990s. Despite these shortages, the 2006 Regional Water Plan did not make any recommendations for reducing water use or conserving the aquifer's supply. The Texas Water Development Board, however, is currently studying the groundwater hydrology of western Texas; ideally, this study will clarify the aquifer's characteristics and limits, making it easier for local communities to develop sustainable water use plans.