A Background Of The Sparta Aquifer Of Texas

Minor or major, every aquifer within the state of Texas is a source of precious water for the people, crops, livestock, and industries that lie within the borders. The Sparta Aquifer is one of the minor aquifers running through southeastern Texas.

What Is The Sparta Aquifer? 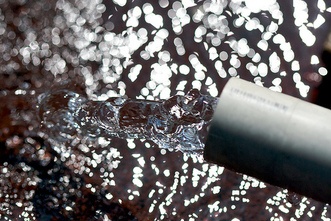 The Aquifer runs parallel with the Gulf shoreline, about 100 miles inland, with sandy layers embedded between silt and clay layers. The Aquifer outcrops along its inland borders. That is where water recharge happens through surface water seepage. It starts angling underground, moving towards the coastline.

The deepest part of the Aquifer lies about 700 feet down on the northern end of the Aquifer around the border with Arkansas and Louisiana. The shallowest part, at 200 feet, lies at the other end in South Texas. The Queen City and Carrizo Aquifers lie under the Sparta Aquifer in some places.

The highest quality water within the Aquifer lies between 0 and 140 feet down. When drillers penetrate greater depths, the water quality deteriorates as the amount of total dissolved solids increase. At depths of 2000 feet and below, the water is considered brackish. Water throughout the Sparta has high concentrations of iron, with some areas having too much iron for drinkable water. This requires some municipalities to filter the iron out of the water before sending it out for domestic use.

Pumping from the Aquifer is mainly for domestic and livestock purposes. Around Houston and Brazos counties, water is drawn for irrigation, municipal, and industrial use. In Texas, the water levels have not seen significant impacts due to pumping, though that is not true in the Louisiana and Arkansas sections of the Aquifer. Due to the adequate levels within the Sparta, recent water management plans have called for increasing the amount of water pumped from it. The plans include building new wells and increasing the output of existing ones.

Drilling In The Aquifer

Drilling in the Aquifer is complicated by the sandy soil within it. Direct push drilling is ideal, as it uses percussive force to push hollow boring rods into the soil. The boring rods are great for taking representative samples at different layers. They are also useful for installing small diameter wells. Air and mud rotary drilling is not usually recommended for this kind of soil due to the loose nature of the soil and the potential for contamination and wall collapse. The saturated sand can complicate hollow stem auger drilling as well.