A Background of the Ellenburger-San Saba Aquifer Of Texas

Located in the Llano Uplift, a dome-shaped granite formation in Central Texas, the Ellenburger-San Saba Aquifer provides water to 16 counties. Three-fourths of the aquifer's water is used for municipal purposes; the rest supports irrigation and livestock.

The aquifer is located within the Ellenburger Group and the San Saba Limestone. Originally, geologists believed that these two geological formations housed two separate aquifers, but because the two are hydraulically similar and adjacent, they have decided to combine them and simplify hydrological studies. The Limestone Group is further divided into the Tan-yard, Gorman, and Honeycut Formations, each of which is nearly 350 million years old. The San Saba Limestone is part of the Wilberns Formation, which ranges from 450 to 500 million years old. 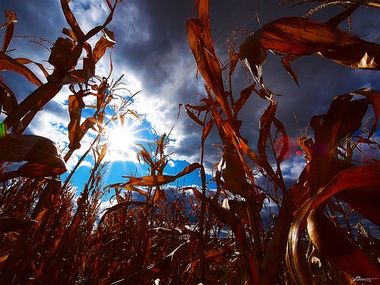 The aquifer is composed of a sequence of overlapping limestone and dolomite beds arranged in a circular formation around the Llano Uplift. They dip into the subsurface when outside of the center of the Uplift. The aquifer's maximum thickness is 2,700 feet. It is very deep, with water available as much as 3,000 feet below the earth's surface; certain portions of the aquifer, however, are shallower, particularly those found in Blanco County.

Due to the composition, water from the aquifer is inherently hard, with as much as 1,000 milligrams of total dissolved solids for each liter. Most of the water ranges from fresh to mildly saline; salinity increases in the parts of the aquifer that are farther from the Uplift. The water also contains high concentrations of radon and radium.

The aquifer's water is mainly contained within cavities, solution channels, and fractures along the surface. Portions of the aquifer are highly permeable, providing well yields of as much as 1,000 gallons of water per minute. In 1985, the aquifer produced 4.4 million gallons of water each day. The aquifer's water provides a base flow for nearby streams. It also provides water to the San Saba Streams, and is hydraulically connected to the portions of the Marble Falls Aquifer that lack underlying beds. The aquifer's recharge zone in Burnet County is 110, 413 acres.

In recent years, water authorities have become concerned with declines in water levels in this area. The Lipan-Kickapoo Water Conservation District has set limits on water drawn from the Ellenburger-San Saba Aquifer in Hickory, Menard, Hill, and Kimble counties, though it has not regulated other portions of the aquifer. Attempts to manage water in nearby aquifers, however, may lead to increased water exploitation and the construction of new wells in the Ellenburger-San Saba.