A BACKGROUND OF TEXAS' MARATHON AQUIFER

The Marathon Aquifer is a minor aquifer confined entirely to Brewster County in southwest Texas. It is part of the Marathon Uplift, a 60-million-year-old basin formed from out of eroded rock from the Cretaceous Era. The aquifer is a major source of municipal water for the town of Marathon. It also provides water to livestock farmers and rural homesteaders in the area around Marathon. The southeast portion of the aquifer is located near the Rio Grande. 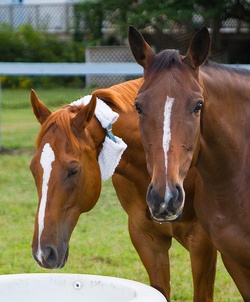 Geologists estimate that the Marathon Aquifer is thousands of feet thick, though the areas that are saturated with fresh water are usually less than a thousand feet thick. The water is slightly to moderately saline. Water hardness ranges from 500 to 1,000 milligrams of total dissolved solid per liter, which is just within the EPA's limits. Despite the hardness, the water is of good quality, and is suitable for human consumption and most other uses. The aquifer may also contain lower-quality brackish water, which has not yet been pumped.

Because relatively few wells operate within the aquifer, geologists know little about its specific hydraulic properties. Although water is believed to extend as far as 900 feet below the surface, few wells go any deeper than 250 feet. The most productive part of the aquifer is the Marathon Limestone, which has many fractures, cavities, and joints that make water easily available. Well yields range from less than 10 gallons per minute to more than 300; the highest yields occur within a fault zone in the town of Marathon. The aquifer as a whole has low productivity, producing only 700,000 gallons per year in the 1980s.

Most of the Marathon's water comes from precipitation and stream runoff. From these sources, the aquifer recharges at a rate of 25,000 acre/feet per year. Human exploitation accounts for only a small portion of the aquifer's discharge. Most water that does not stay in the aquifer is lost through evaporation, transpiration, and underflow to nearby aquifers. Much of the water flows south and southwest and ends up in the Rio Grande.

If you’re interested in drilling for water in the Marathon Aquifer, Talon/LPE Drilling Services offers a wide range of drilling products and operations throughout Texas. Contact us today for more information.